Monstera vs Split-Leaf Philodendron – What Are The Differences?

Undoubtedly, there are striking similarities between the Monstera plant and the split-leaf Philodendron. So much so that even nurseries often mislabel one plant for the other. 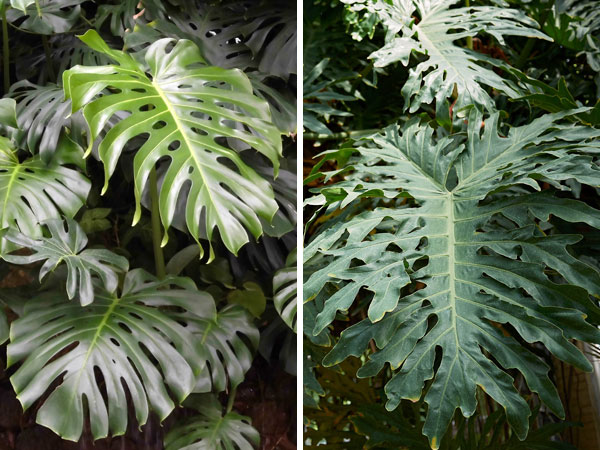 The confusion is understandable — after all, both plants are part of the Araceae family and can be found in the same areas, showcasing similarities both in appearance and plant care requirements.

If you too are confused by the difference between the Monstera and the Split-leaf Philodendron plants, this is my attempt to clear up the confusion and help you distinguish between the two.

What is a Monstera?

A climbing plant with iconic heart-shaped leaves that feature fenestrations (holes in its leaves), the Monstera, or Swiss Cheese Plant as it’s also known by, is a native to rainforests of Central America and other tropical areas such as Hawaii.

The plant has an upward growth pattern and uses aerial roots to support its growth, so a support structure is needed to help the plant reach its mature height, which indoors averages at about 8 feet.

The iconic fenestrations that Monstera plants are known for actually don’t appear while the plant is young. And while young, the Monstera has heart-shaped intact leaves that are a dead ringer for those of the heart-leaf philodendron.

As the plant matures, after 2-3 years, it’s leaves start to split, and even then they look eerily similar to that of the split-leaf philodendron.

What is a Split Leaf Philodendron?

The plant is native to tropical South America and features deeply lobed leaves that are somewhat similar to that of the Monstera plant, but as I will explain below, the similarities are only superficial and don’t hold up at closer inspection.

The Split Leaf Philodendron is also called a tree philodendron because of its upward growth that requires stakes to guide the plant to grow upwards instead of outwards.

As you will see from the comparison below between, the similarities while there, start to become less apparent once you get to know each plant a little bit better.

To prove to you that you can distinguish these two plants, I’ll list all the differences in appearance between the Monstera and the Split-leaf Philodendron.

First off, the leaves of the Split-leaf philodendron aren’t as heart-shaped as the Monstera plant’s leaves.

If the immediate appearance of the leaves of these two plants doesn’t help you decide which plant is which, a closer inspection of the leaves will reveal the following:

Therefore, differences can be noticed in shape, texture and fenestrations or lobes of the two plant’s leaves.

While there are more similarities in plant care requirements than differences, there are a few things worth mentioning about what a Monstera plant needs as opposed to what a Philodendron plant requires.

Neither of the plants enjoys direct light exposure. But while the Monstera can adapt to a low light environment, the Split-leaf philodendron requires bright, indirect light.

That said, even though the Monstera will do ok under low light conditions, its growth won’t be as spectacular compared to situations when it would receive moderate amounts of light.

The watering requirements of the Monstera and the Split-leaf philodendron are actually the same — both plants enjoy consistently moist soil, and both should be water only if the top 2 inches of the soil is dry. Monstera plants can also be watered from below, which helps in preventing root rot.

Another point of similarity is the potting mix these two plants need — well-draining soil rich in organic matter. Both plants will enjoy peat-based soil mixes. Both plants can grow both in acidic or neutral soil.

Monstera plants aren’t heavy feeders and while philodendrons aren’t either, they still have a faster growth rate compared to that of a Monstera.

Still, neither plant enjoys fertilizing more than once a month during the growing season. For Monstera plants, however, you should withhold fertilizing during the winter.

Philodendrons, on the other hand, do benefit from fertilizing even during the winter months, you’ll just need to reduce the frequency to once every 6-8 weeks.

Is Monstera a Philodendron?

No, a Monstera plant isn’t a philodendron. By now, you probably have a better understanding of the differences between the two.

Although both plants are part of the same Araceae family, they’re part of different genuses, making them completely different plants that cannot cross-pollinate.

Plus, another significant difference is that Monstera plants produce fruit, while the philodendron does not.

While different in appearance and genus, both plants being native to the same regions have almost completely the same care requirements.

At a first glance, Monsteras and Split-Leaf Philodendrons are indistinguishable. But at a closer inspection, the two plants could not be any more different.

While the plants are still young, they’re easier to confuse, and as they mature differences become much more apparent.

Now that you know how to tell the difference between the two plants, you can make sure you’re getting the plant you’re paying for and not a different plant.

Luckily, both plants have virtually the same care requirements, so even if a mix-up is made, you’ll be able to take care of both plants. 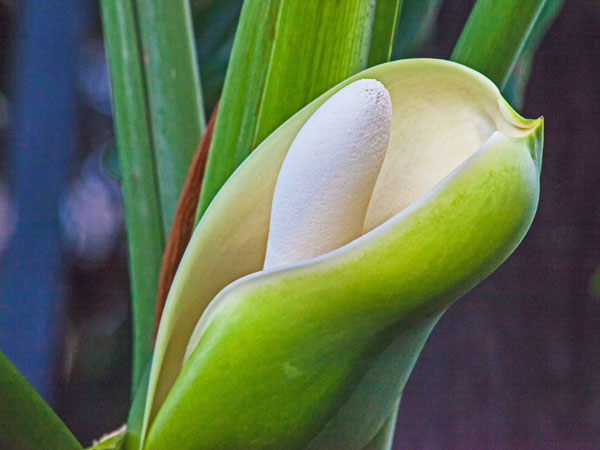 Do Philodendrons Bloom? Everything You Should Know 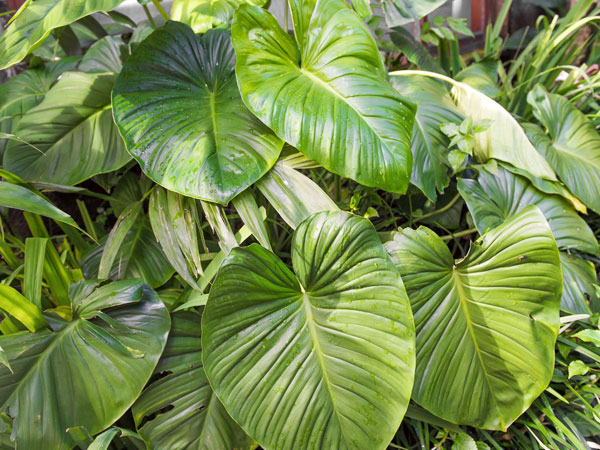 How to Care for Philodendron Pastazanum? 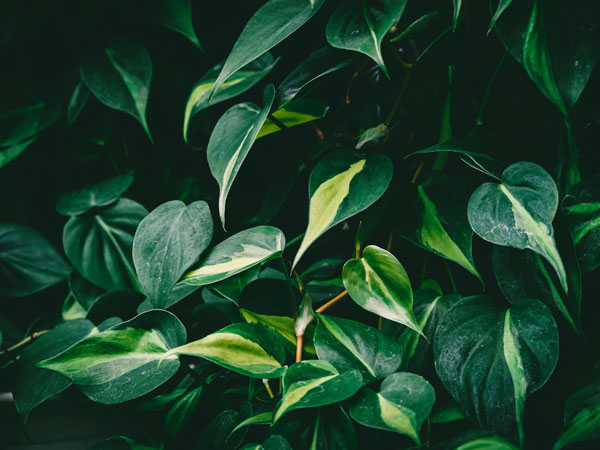 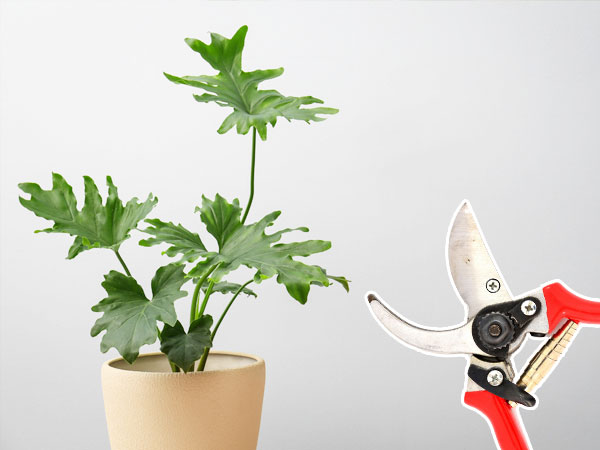