Orchids stems losing their color signals a problem that needs your attention. Normally, a healthy orchid stem will be green and firm to the touch. 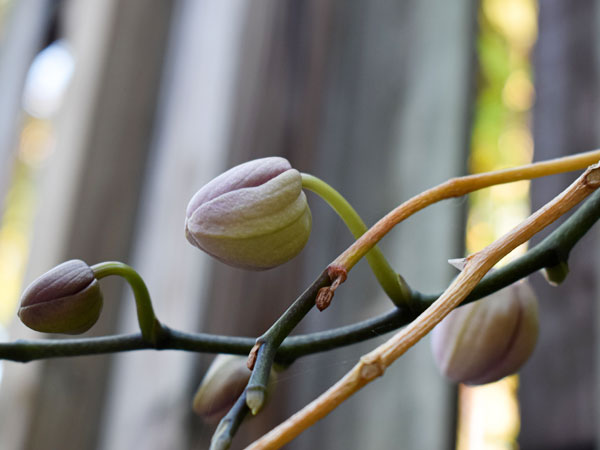 Some changes in color may be easy to remedy with some adjustments in the plant’s environment, others may signal a more serious issue that’s often irremediable.

Learn what each color means below and how you can help your orchid stay healthy.

I use the term ‘stem’ to describe both the actual stem of the orchid that shoots from the base of the plant and the flower spike which serves as the site from which the blooms emerge.

Orchid stems can change their green color to yellow, red, brown, pink or even black. Find out what each of these mean and what you can do about it.

Yellow orchid stems could signal that the plant is exposed to too much light. For example, you might have moved your orchid to a different location or outside, where it gets direct light instead of just indirect light.

If only the part of the stem supporting the blooms turns yellow, especially after the blooms have fallen, it signals that the flower spike is dying out. This usually happens after a blooming cycle, so you can remove the yellow flower spike.

Orchid stems turning red are not necessarily a problem. Cattleya orchid stems will take on a shade of red when they receive adequate light.

The same cannot be said about Phalaenopsis orchids. If their stems turn red, it means it’s getting scorched and you should move it somewhere out of direct light.

An orchid stem turning brown can signal that it’s finished supporting life, especially if this change appears after the blooms have fallen off an orchid.

You can simply remove a dried out orchid stem. A sun-scorched orchid may also turn brown.

On some orchid varieties, a stem may turn pink after the flowers are spent. This too can be a natural consequence of a blooming cycle coming to an end.

Black rot is a fungal infection that starts off on the leaves of the plant and spreads to other parts of the orchid including the stems. Root rot can also exhibit similar symptoms.

Both of these are difficult to treat, especially in advanced stages. Treating the plant with an antifungal and transplanting it can help.

Of all the color changes, an orchid stem turning black is possibly the most serious and hard to treat, if at all.

Whenever you notice any of the changes I described above in your orchid, make sure to address the problem quickly to prevent any further damage.

Why do Orchid Flowers Falling Off?

The only time when it’s normal for orchid flowers to fall off is at the end of a blooming cycle when the orchid enters a resting phase.

In all other cases, when orchid buds or orchid flowers suddenly fall off, an environmental change is to blame.

This can be inadequate watering, lack of light, temperature shock, diseases and pests, and even lack of humidity.

If your orchid suddenly loses all its blooms, make sure to take these factors into account and see which may be behind the sudden loss of flowers in your orchid.

What to Do with Dried Out Orchid Stems?

Dried out orchid stems should be removed. Cut dried stems all the way down to the base of the plant. This will stimulate the plant to focus its energy elsewhere, especially to root growth.

If only the flower spike is dried out, you can cut it back to a node or two. Phalaenopsis orchids can still bloom from the same flower spike.

Any time you cut off anything from your orchid plants, use sharp blades that are disinfected to make a clean cut. Sterilization of the tools is needed to prevent diseases from transferring to your plant. 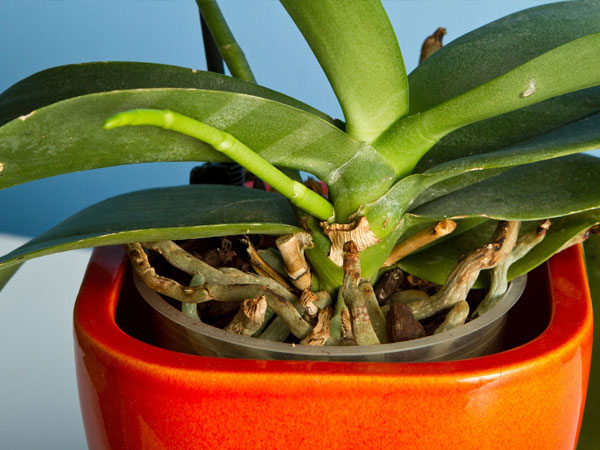 Will Orchid Stems Grow Back?

Phalaenopsis flower spikes that were cut back to a few healthy nodes will grow back and bloom from the same spike. If a spike is cut back all the way down to the base, it will not grow back.

Not to despair, however. The orchid will shoot new spikes that will support even healthier and larger blooms.

Therefore, an orchid stem can grow back if it wasn’t completely removed. But a stem that way entirely cut off will not grow back, instead the orchid will shoot different stems.

How Long Does It Take for Orchids to Bloom Again?

I mentioned how an orchid enters into a dormancy period after a blooming cycle. A blooming cycle can last around 2-3 months. When the flowers are spent, the orchid is gathering energy for a new blooming cycle.

It can take as much as 9 months for an orchid to bloom again, but sometimes it can take much less, depending on how well your orchid does in the environment that you provide.

You can stimulate a new blooming cycle by continuing to take care of your orchid and by moving it to a colder room for a couple of weeks. Manipulating dark/light cycles to mimic the lighting conditions in fall can also help.

If the stem of your orchid is losing color, it’s important to check what’s causing this change. Is it too much light, is it a disease? Or is it something normal?

The color of the stem can be a good indicator to what may be happening to your plant. A yellow or red stem can be caused by exposure to too much direct light.

A brown or pink stem can mean that the flower spikes are spent. Black stems usually signal a disease that must be addressed as soon as possible.

Spent or diseased stems can be removed entirely or cut back to a healthy node to encourage the plant to bloom again. 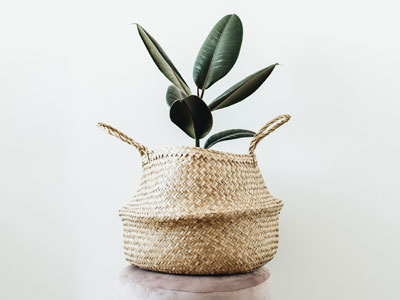 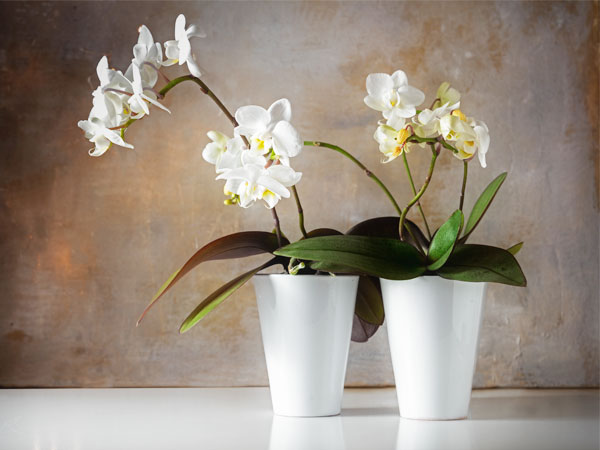 How Much Light Do Phalaenopsis Orchids Need? 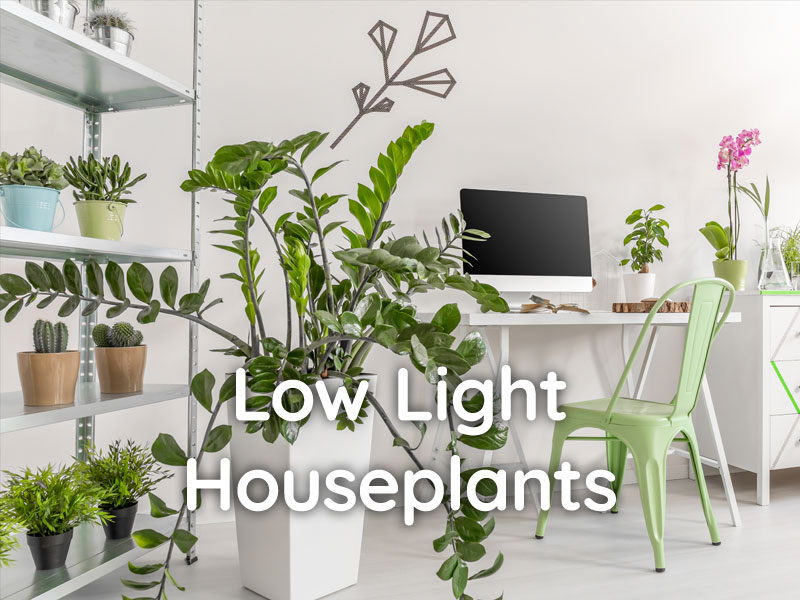 My orchid sits on my side table next to a lamp. Would that cause too much light exposure?

If the lamp has a normal light bulb, and it is not too close to your orchid, I don’t think it will cause any problems to your plant