Geraniums vs Pelargoniums – What is the Difference?

Despite being part of the Geraniaceae family and looking similar, Geraniums and Pelargoniums are not part of the same genus. 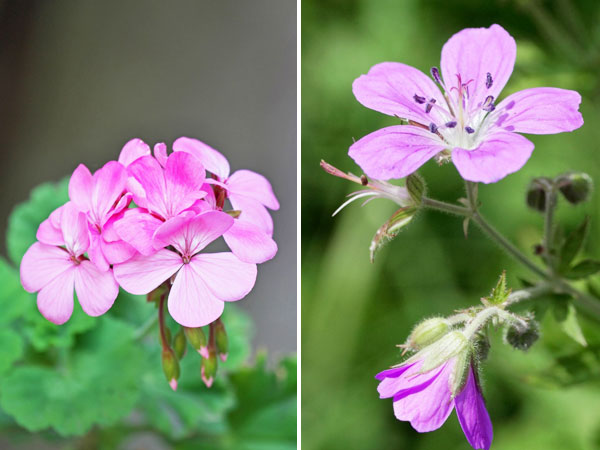 While their names are often used interchangeably, there are notable differences between the two plants, which make them different plants.

I’m going to discuss these differences and help you identify each plant. I’m also going to cover a few types of geraniums and pelargoniums.

What are Hardy Geraniums? 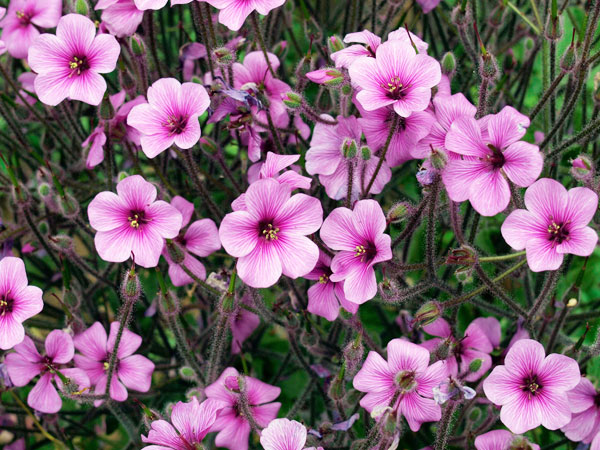 Geraniums are herbaceous perennial plants that die off to the ground in winter and sprout again in spring, without needing replanting.

They’re often called ‘hardy geraniums’ because of their cold-hardiness, unlike pelargoniums that aren’t cold-hardy at all. It’s also true that not all geraniums are cold hardy, but many will tolerate cold weather.

Another distinctive feature of geraniums — and an aspect that differentiates them from pelargoniums — is their petals.

Apart from their appearance, geraniums also have different keeping requirements than pelargoniums.

Geraniums are grown almost exclusively outdoors, and they thrive in part shade much better than in full sun.

The plant isn’t fussy about soil requirements and will grow in any type of soil as long as it’s well-draining.

What are Pelargoniums or Scented Geraniums? 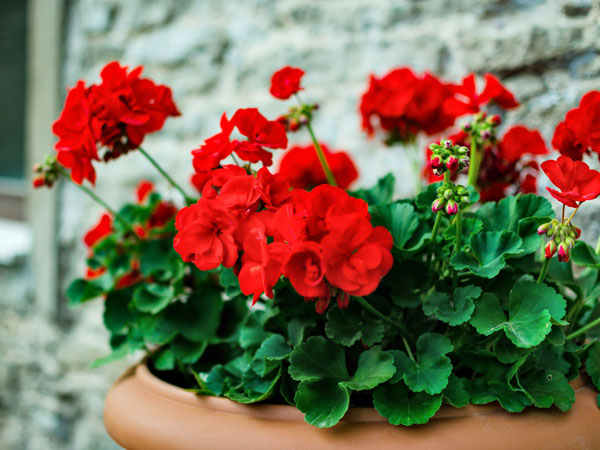 Unlike geraniums, pelargoniums are annual plants that aren’t cold-resistant and need to be moved indoors for the winter.

Pelargoniums also produce flowers with five petals. Originally, the petals were asymmetrical with the two upper petals having a more elongated shape compared to the three lower petals.

With time, this feature has been bred out and now many pelargonium cultivars have symmetrical petals.

Pelargonium flowers come in a variety of colors depending on the cultivar. One of my favorites, the ‘Allwoods Lemon Drizzle’ cultivar, produces yellow flowers.

Leaves of pelargonium flowers (this is especially true of zonal pelargoniums) are thick and fleshy featuring a darker horse-shoe pattern on the edges or center of the leaves. The leaves can be lobed or round.

Some varieties like the ivy-leaved pelargoniums feature a waxy layer, which increases this variety’s drought-tolerance.

And since we’re discussing leaves, the reason why pelargoniums are commonly referred to as scented geraniums is because they feature fragrant foliage that can boast over 140 varieties of perfume including peach, lemon, rose, peppermint, strawberry, nutmeg, apple.

Most pelargoniums can tolerate some drought and grow best when exposed to 4-6 hours of full sun per day. There are a few varieties that adapt well to part shade.

They do best in neutral or slightly alkaline, well-draining soil. Their water requirements are moderate.

Because of their intolerance to cold, they need to be moved indoors during winter.

With over 400 geranium varieties, the list below will not, in any way, aim to exhaust all the types of geranium plants. Instead, I’ve chosen 5 of the geraniums plants I find most interesting to grow.

This geranium variety is excellent for growing in containers because it’s low height (4 inches or 10 cm). It produces an abundance of pale pink flowers with slightly darker pink veins, creating an impressive contrast with the plant’s dark foliage.

Named after its discoverer, Rozanne Waterer, the Rozanne cultivar produces large, violet-blue flowers that feature a white center with grey antlers. The plant reaches a height of 12 inches.

Another tall-growing geranium, the Geranium x magnificum is winner of the Award of Garden Merit from the Royal Horticultural Society, which is hardly surprising thanks to its rich, violet-blue flowers that appear in mid-summer.

With an average height among geranium varieties (15 inches), the Max Frei cultivar bears bright pink flowers that appear from June to August.

Scented geraniums are also abundant in types and varieties. Here are the most notable ones:

Zonal pelargoniums are the most common and largest group of pelargoniums. These plants usually feature dark-colored patterns in the center of the leaves.

Flowers come in red, white, pink, salmon, and violet. But other interesting colors are also emerging like the yellow petaled flowers borne by the ‘Allwoods Lemon Drizzle’ cultivar.

Suitable to be grown in hanging baskets or even as ground cover, ivy-leaved pelargoniums are trailing plants that enjoy covering fences or other structures.

Leaves are ivy-shaped and waxy, conferring this variety a better tolerance to drought.

Second in popularity and group size after zonal pelargoniums, regal or royal pelargoniums bear large and flamboyant flowers with ruffled, fringed petals that can be bi- or tricolored. For this type of pelargonium, check out the ‘Lord Bute’ and ‘Dark Secret’ cultivars.

The name says it all — these pelargoniums are notable for their interesting leaf patterns and leaf variegation as much as they’re grown for their blooms. A cultivar that’s representative of this group of pelargoniums is the ‘Frank Headley’.

While their names are used interchangeably, it’s important to understand the differences, especially when it comes to their growing requirements.

Other than differences in their appearance, knowing which of the two is an annual plant and which is a perennial has implications in how you winterize these plants.

Hopefully, this article has managed to clarify the differences between pelargoniums and geraniums. 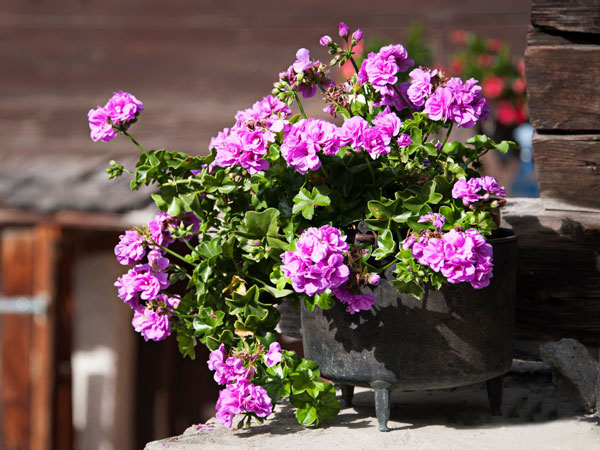 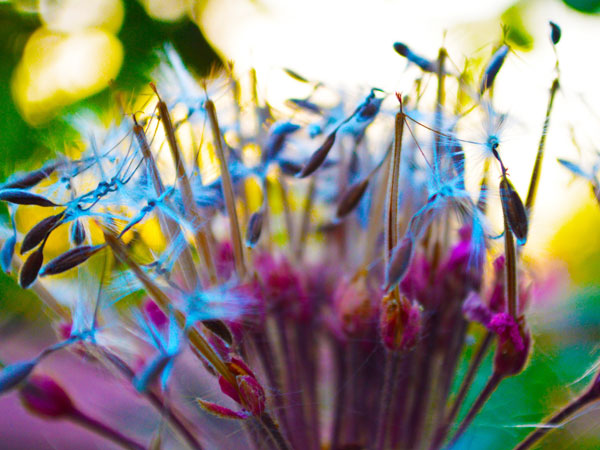 How to Collect Scented Geranium Seeds? 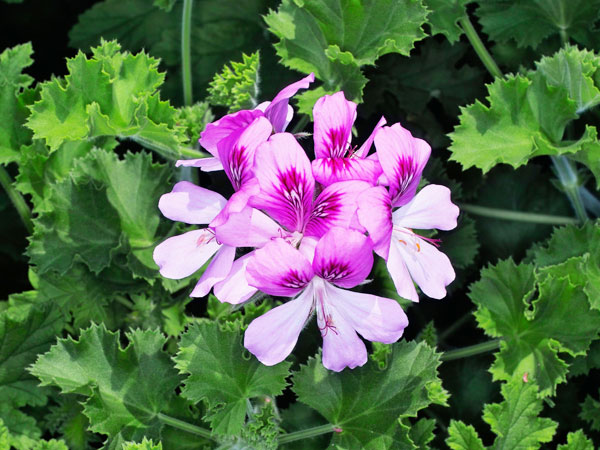 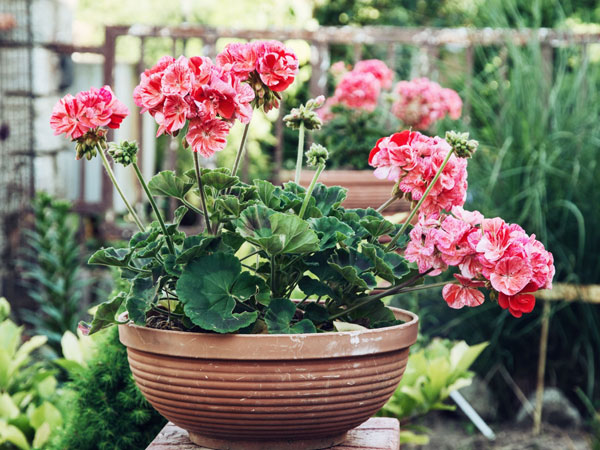 How to Care for Scented Geraniums or Pelargoniums?