How to Care for Coral Cactus?

Home » Cacti » How to Care for Coral Cactus?

A Euphorbia species, the Coral Cactus or Euphorbia lactea Cristata, is probably one of the most interesting looking succulents. Its leaves — both in shape and sometimes in color — exhibit an uncanny resemblance to corals, hence the name of the plant. 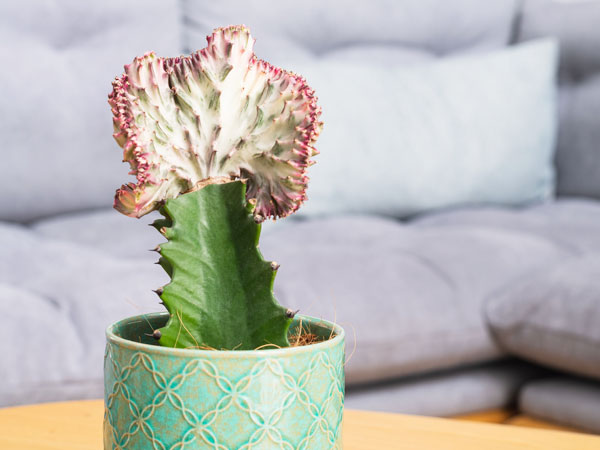 Despite it being referred to as a cactus, the Coral Cactus is actually a succulent. Therefore, the care requirements of this plant are in line with that of succulent plants.

To get an overview on how to care for the Coral Cactus, read my plant care recommendations below.

The Coral Cactus gets to around 2 feet tall when grown in a container. Specimens grown outdoors in favorable climate conditions will get taller than this.

Because the Euphorbia lactea Cristata is the result of two different Euphorbia species grafted together, the plant grows in an unusual coral-like pattern.

The green stem features a ruffled succulent growth on top that can feature a white, red, purple, yellow or even green top crest.

Because it’s a plant that’s easy to grow, even indoors, you can get this plant even as a beginner. It can tolerate some neglect, so you don’t have to worry about it requiring intensive care.

While succulents enjoy full sun, a young Coral Cactus plant should be started in partial shade and slowly acclimated to full sun to avoid sun burning.

A location where the plant receives full sun for about 5-6 hours in the morning and partial shade during the hottest parts of the day would be the most balanced light arrangement.

Coral cacti grown indoors should be placed in a location with full sun, such as a southern window to make sure that the plant receives full sun exposure for at least 3-5 hours each day.

Make sure to also rotate the plant periodically to avoid lopsided growth patterns.

Succulents don’t hold up their own as well as cacti do during periods of drought or extremely hot weather. While they too can store some water, they aren’t as well-adapted to dry conditions as cacti are.

Therefore, even though succulents are prone to root rot issues when overwatered, they also shouldn’t be left without water for extended periods.

If you can’t assess your succulent’s water needs, the easiest way to stay on top of this issue is to check the moisture level of the soil.

If the top 2-4 inches feel dry, you can go ahead and water the Coral Cactus until you see water trickling out of the bottom of the pot. Wait for the soil to dry and only then water again.

If you’re too generous with the watering can, you risk overwatering your succulent. To counter some of these problems, using a potting mix designed for succulent plants is a major part of ensuring long-term growing success.

Soil mixes that work best for these plants are fast-draining and don’t hold onto excess moisture as well as regular potting soil does.

The Coral Cactus can only be grown outdoors all year round in zones 10-11. In other zones, you must move the plant indoors when temperatures start to near 60 F.

As the temperatures stabilize in the spring, you can once again move your succulent outdoors, where light conditions are optimal for this plant.

Even though succulents don’t require much fertilizing, especially if their potting mix is already rich enough, they can still benefit from feeding during the growing season.

Use a balanced fertilizer diluted to ¼ of its strength and feed bimonthly or once a month, depending how large your succulent is or how rich their potting mix is.

Fertilize only during spring and summer, when the plant is growing, but stop fertilizing in autumn as the plant prepares to enter into a dormancy phase. Quit fertilizing altogether in winter.

You can resume fertilizing in spring, when you’re preparing to move your plant outdoors again.

They help absorb moisture, preventing potential root rot issues, when you accidentally over water your succulent. Make sure the pot has draining holes on the bottom to allow water to escape from the pot.

Repotting is not something you’ll need to worry about too often. These plants don’t mind being a bit root bound. When the plant is visibly too large for its pot, you can go ahead and repot in a slightly bigger pot.

Repotting is also a good time to replace the potting mix with a fresh batch and check the roots for potential rotting or other issues.

How to Propagate Coral Cactus?

Succulents are propagated by stem cuttings that are rooted in a well-draining potting mix. This method, however, won’t work for this Euphorbia species because it’s a grafted variety.

Grafting is a complex process, but just to give you the gist of it, here’s what’s usually needed:

The Coral Cactus is an unusual type of succulent that’s the result of the grafting process I described above.

Despite its Frankenstein-like method of being created, the Coral Cactus is a low-maintenance plant, especially if you’re cared for succulents before. 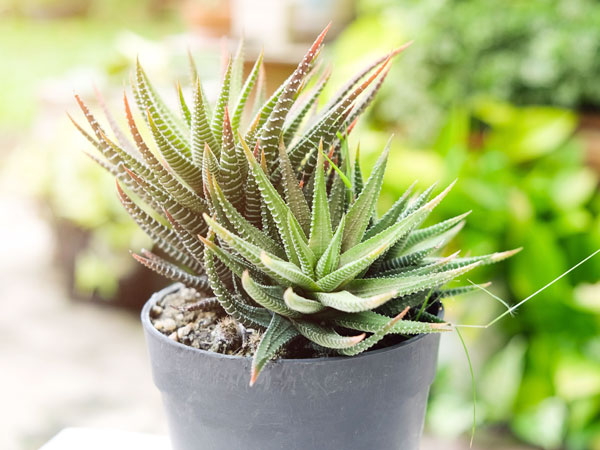 How to Care for Haworthia (Zebra Cactus)? 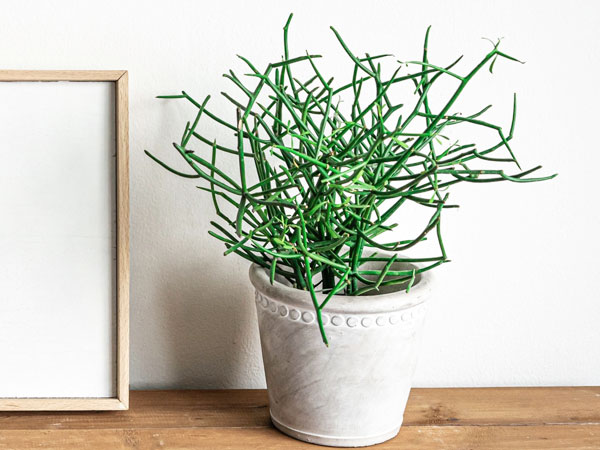 How to Care for Pencil Cactus?